Common Myths About Becoming An Entrepreneur, And Why They’re Bunk 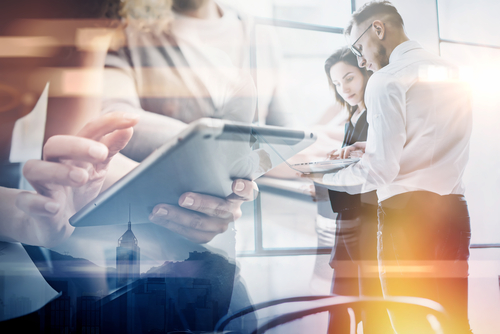 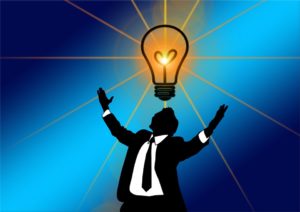 Entrepreneurs tend to be at the sharp end when it comes to criticism. Everybody seems to have an opinion on the subject. And yet very few people have tried to do something entrepreneurial themselves. The influence that other people have over entrepreneurs can be damaging to their ambitions and prospects. And as a result, those wanting to become entrepreneurs can become discouraged. They can even give up on the dream entirely.

Then there is the other extreme. There are whole communities now who see the startup as a new religion. And the entrepreneur elevated to godlike status. This again is not the healthiest of attitudes. Entrepreneurs are people too. And like everybody else they have their foibles.

Most entrepreneurs, contrary to popular imagination, don’t own their own private yachts. In fact, most entrepreneurs work long weeks for a modest income in return. Most are driven to succeed by passion or a dream. Only a few ever make millions of dollars. Here we’re going to investigate some of the commonest myths around becoming an entrepreneur.

Entrepreneurs Need To Have Just One Good Idea

You may have heard of the vacuum cleaner company, Dyson. The company is named after its entrepreneurial founder, James Dyson. Most people just assume that Dyson is a brilliant man who designed and built an excellent product. And that’s all true. The piece of information they’re missing is the fact that his vacuum design went through 5162 iterations. In other words, he didn’t get it right first time around. In fact, he didn’t even get it right 1000th time round.

Having one idea and then making it big is a rarity in business. There’s always scope for refinement and improvement. And you’ll always find that your customers and clients want more from your products. Dyson responded by getting on and changing his designs. And so should you.

People considering entrepreneurship see it as an attractive option for the maintaining work-life balance. They think that if they become entrepreneurs, they’ll free themselves from time spend doing their day job. That’s bad thinking – and it flies squarely in the face of the facts. It has been estimated that entrepreneurs in the UK work an average of 52 hours a week. That’s a staggering 63 percent longer than the average worker. So clearly, just by the laws of averages, you’re better off looking for a day job if you want to work less.

Most entrepreneurs, however, don’t think in terms of something called a “work-life” balance. They see their life and work all wrapped up in one thing. After all, their most productive hours are spent working. But why do reject this distinction? It all comes down to passion and desire. Entrepreneurs are people driven to make a difference in the world. They don’t see their lives in terms of “work time” and “play time.” They’re both bundled up together. If you’re a person who really loves to work on projects day and night, then entrepreneurship is for you. If you like family time and time off from work, then stay away.

Entrepreneurs Have To Do It All Themselves

But it’s just not true. Hundreds of companies can help with marketing efforts. Entrepreneurs can pay companies to do Facebook campaigns and improve their search rankings. They can even outsource their IT to another company entirely and hire their own virtual chief information officer. According to Business Insider, businesses waste an enormous amount of time because of IT. Knowledge workers spend over three hours every day, just on mundane tasks. For example, they spend about 67 minutes a day, just trying to find critical information. And they waste an added 39 minutes a day, sending duplicate communications.

Thus, becoming an entrepreneur is not a solo effort. It’s about involving other specialists in your team. And it’s about using the knowledge of others to make your business as productive as possible.

The idea that you have to risk your future to become an entrepreneur is one of the biggest obstacles to the field. It stems from economics classes where students are taught that entrepreneurs gamble with their money. They throw vast sums at an idea and hope that it sticks. And nobody knows whether it will or not.

But, in reality, this isn’t how entrepreneurs operate. Most entrepreneurs don’t remortgage their houses to put money into their businesses. Instead, they trudge along, working long hours, and building up their customer bases. Most new companies don’t need massive injections of capital. They can get by quite well on small sums and using their expertise. The media, of course, likes to focus on the most extreme stories. But that’s not the reality for many entrepreneurs. They get by and grow their company by saving and investing as much of their own money as they can.

Entrepreneurs Need Lots Of Money To Get Started

The dating website, Plenty of Fish, did exactly that. The founder didn’t attract much money, to begin with. Instead, he bootstrapped the whole way, finally getting paid over $500 for his company.

GoPro did the same thing. GoPro, as most of us know, is an American personal camera company. The founder wanted to develop a system that surfers could use to film what they were doing out on the water. But he didn’t have the money to get materials for a product that would help them. Instead, he bootstrapped his way to getting the first $10,000 he needed. He did it by selling jewellery out of the back of his van. After a couple of years, GoPro sold its first camera. And since then the company has found new markets in skiing, biking and base jumping.

There are some very famous companies today that had bootstrapped beginnings. They include, among others, Dell, Apple and Coca-Cola.

Entrepreneurs Need Contacts Ahead Of Time

There’s an idea floating around at the moment that if you want to make it in business, you need contacts. Thus many young entrepreneurs are put off the idea because, not surprisingly, they don’t have any. This creates a vicious cycle. Budding entrepreneurs believe that you have to have contacts before you start working as an entrepreneur. This then leads them to delay doing something entrepreneurial. And that, in turn, makes it less likely that they will make new contacts.

Here’s the thing: becoming an entrepreneur is exactly what helps you to develop relationships and get to know the right people. You’ll soon be meeting with suppliers and other companies at industry events. And these interactions will put you in contact with the people you need to know. Networking is something that everybody has to work, no matter what stage they’re at.

Entrepreneurs Need To Be Located Near A Hub

When we hear the word startup, we tend to think of Silicon Valley, Boston or the M11 corridor. And while these places are popular with startups, they’re not the only place to begin a business. Thanks to the cloud, Silicon Valley is moving out of Silicon Valley. There as nascent Silicon Valleys all over the world. There’re equivalents in England, South Korea and Germany. It’s all been made possible by remote working and other technologies that connect people together. Some of the most successful companies use a simple group chat box to communicate throughout the day. This works for them, and so there’s no reason it shouldn’t work for you too.

Entrepreneurs Are Their Own Bosses

People who want to become entrepreneurs see it as a great way to become more powerful. Entrepreneurs, they tell themselves, are their own bosses. But when you delve a little deeper, you realise that this isn’t true. Entrepreneurs are actually in a far weaker position than most people imagine. Small business entrepreneurs are particularly reliant on the loyalty and goodwill of others. And they’re utterly beholden to their employees.

Suppose, for example, a key worker in a team of five suddenly decides to quit. What does the entrepreneur then do? After all, that person had specific knowledge of the operations of the business. Entrepreneurs know that without certain people in their organisations, they’d be utterly stuck. It’s possible for their businesses to fall apart with the departure of just a single team member. In the best case scenario, a new person has to be trained up from scratch. And it could be six months before that new person is finally profitable.