5 Unique Career Paths You May Not Have Thought About 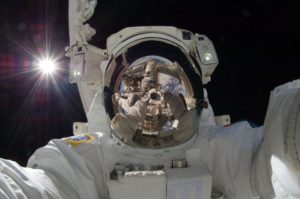 When it comes to your career, you may have already found the perfect role for you. Meanwhile, there are many people who get jobs for financial reasons (obviously) rather than doing something that they love. And we get it, your perfect job is not always sitting right in front of you; the competition can be fierce, the qualifications difficult to attain, and it is a time consuming task. However, whatever you want to do, whether it’s working at NASA or whether you just don’t know yet, that’s fine. We’ve put together the most unique career paths we can find, to get you thinking.

This is another one for those who simply don’t want to keep their feet on the ground. If you’ve always dreamed of not only being a pilot, but showing somebody else the ropes, then why not get certified flight instructor training? Look, when you tell somebody that at a bar, they’re going to think you’re the coolest person in there.

It’s a big word, but it’s not as daunting as it sounds. Meteorologists know everything about the climate and the earth’s atmosphere, and you see them on TV every day, presenting the weather channel. Not all meteorologists do this, so if you’ve got stage fright, you can stick to research. But we think it’s awesome anyway.

If all of this science talk is scaring you, then why not look into a career as an art curator? You’ll be able to put exhibitions together in art galleries, choosing the best pieces you think would fit. Not only this, but you come up with new ideas for exhibitions, and basically decide what artworks the public will see. Again, this is cool.

Sorry, we’re back with a big word again. Ocularists make, and fit, artificial eyes, for people who have gone through some kind of trauma and lost one, or both of, their eyes. You take an impression of the eye socket, create a mould, and then get to work on forming an artificial eye that looks just like their natural one. It’s hard work, and there is a lot of training involved, but it’s certainly a wholesome and unique career choice.

So, there are many unique career paths that you may not have previously considered, but would actually fulfil your dreams. If you think that you’re destined for a career in the skies, why not be a flight instructor? If that scares you a little, then maybe stick to a job on the ground, like art curating, meteorology, or even working for NASA. Whatever you like, your unique career is out there!