Common Signs That You’re In The Wrong Job 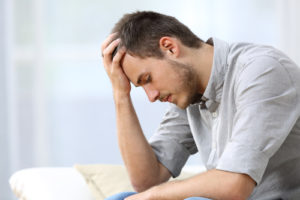 It may be hard to believe, but carving out the right career path is easier than a lot of us make it. In all likelihood, you don’t need an official assessment to tell you that you’re good at what you do. If you’re able to be honest with yourself, you’ll know straight away when it’s time to hand in your notice and start looking for other prospects. Unfortunately though, many people are afraid or unwilling to admit this to ourselves. Of course, not everyone can pin down the job that’s absolutely perfect for them. However, no one should have to suffer in a job that’s not right for them. If you’re starting to get uncertainties about the job you’re currently working, here are some signs that you’re in the wrong job.

The first sign to be aware of is none of your work coming naturally. I remember talking to a friend of mine who works in HR who told me they often came across two workers with the same job, but vastly different turnouts. The frequency and severity of errors in two people’s work can also be substantially different. I’m sure you know that the employees who speed through their workloads make it look effortless, whereas the slower ones make the same tasks seem near impossible. This disparity in turnout usually pops up when some employees are in a job that plays to their strengths, and their colleagues find the same position very draining on their energy and motivation. While anyone can become fairly competent at a job with enough dedication and work, there are certain natural traits which can conflict with the requirements of a role. Long before we’re expected to work for a living, we have to address and admit our limitations. When I was a child, for example, I knew I wanted a job that had something to do with science. As I got further and further into my education though, I realised that I was completely hopeless at maths, and as hard as I tried I was lagging behind everyone in the class. Conversely, a close friend of mine has an incredible gift for maths, but can’t string together a persuasive sentence to save his life! When you’re in a job that’s right for you, the work should come very naturally, and play to your strengths somewhat.

Perhaps the clearest sign that you’re in the wrong job is that you’re receiving consistently bad feedback on your work. This can be hard to pick out if you’ve got particularly nice co-workers. Even when they’re not so friendly, and you consider yourself capable in your particular field, it can still be hard to accept that you’re simply bad at your job. If you’re constantly getting negative comments on your work and no rewards for the effort you put in, it’s probably not because everyone’s got it in for you. Instead, consider the possibility that you’re simply in the wrong job. Decades ago, I was a working as a waiter, and had a colleague who always seemed to get low tips and bad customer comments. When she was out of earshot, this particular worker was something of an inside joke with the other staff. Before, during, and after every single shift, this woman would moan up a storm about the people who came in the restaurant. She was always gobsmacked about how rude and cheap all of our customers were, whereas most of us hadn’t said a bad word to a customer since we started. No one had it in them to suggest to this particular waitress that she’d be getting the same poor tips no matter where she worked. I’m not suggesting that you’re as much of a square peg as my old colleague was. Still, it’s important to take negative feedback on board, and find out whether the problem is your workplace or you.

Another red flag is that you hate talking about your work. I was recently talking to a woman who quit her job a year ago in order to start her own customised jewellery business. She told me had been into designing and making jewellery since she was eight years old, and had been drawing up plans for her business for countless years. Like many modern businesses, it started out as a little freelance operation, with her sweating over her pieces and scrambling to send the orders out on time. Since then, it’s really taken off, and she’s hired twenty employees to keep up with her snowballing demand. As you can imagine, a lot of her time is now taken up by liaising with partners and suppliers, and discussing new campaigns with her marketing team. However, she still has an intimate role in the production process itself, and once you get her started on her jewellery it’s pretty hard to make her stop! Although everyone hits stressful points in their occupation, if you don’t have the slightest interest in what you’re doing then it’s time to look elsewhere. Every day or two, something engaging enough should happen at your work which you simply have to tell your friends about. If you find yourself freezing up and receding when someone asks about your work, then you need to take a step back and consider if you’re in the right job.

Okay, you’re probably getting the idea that in most cases, the issue is with the employee. However, you shouldn’t be looking in the mirror and imagining problems which aren’t there! Sometimes, the profession you’re in isn’t the problem. The real issue is in the way your employer views and manages you. While most employers have an active, healthy interest in the wellbeing of all their staff, there are those who simply don’t care, and have no intention of turning this around. If you’re getting poor feedback on your work, then you know your boss is taking at least some interest in you. However, if you’re never getting any kind of feedback, support or guidance, then you can be pretty certain that your career is going to come to a standstill in this job. Similarly, if you’re never asked for creative input or ideas, even when the decision is going to affect you directly, it’s a pretty clear sign that your boss doesn’t care about you. A lack of trust is another big warning sign to be aware of. Perhaps the most worrying thing an employer can do is show a disregard for your personal safety. You’d think that this was the very least a business owner could do. Unfortunately though, many employers feel that it’s okay to ignore health and safety at their business altogether. In recent years, this has given rise to workplace accident lawyers for burns and scalds, along with many other industrial-sector injuries. However severe, if you feel like your boss doesn’t care about you it’s pretty likely that you’re in a dead-end job.

If you’ve been working in the wrong position for some time, and ignoring the more obvious signs that you should quit, then it could manifest as something much more serious. Over time, the insidious stress that comes with working the wrong job can mount up, take a serious toll on our bodies and minds. HR experts will tell you that everyone has their own personality type, and that this dictates their natural behaviour preferences. When we perform tasks day-in, day-out, that conflict with these inherent “preferences”, what was a little bit of stress can spiral out of control and become clinical anxiety. The signs of anxiety can vary from person to person. However, some of the more common symptoms include headaches, a tight chest, unusual amounts of perspiration, and sleeping troubles. If you’ve been working the same job for years and these kinds of symptoms are only just coming up, then it may not necessarily be the job. Everyone faces challenges in their career, and you have to be extremely lucky to never feel the weight of stress. Still, if your stress is surpassing what’s manageable, it may be time to re-assess your job. Are your tasks challenges to be overcome, or gruelling labour? Do you get any uncomfortable feelings or twinges whenever you’re told you have to take care of a certain duty? Regardless of how much it’s paying, a job that causes serious anxiety is never worth keeping.

Finally, you’re finding it hard to relate to your colleagues and other members of your team. While some people are grinding away at the wrong job altogether, there are others who are great at what they do, but simply find themselves in the wrong company culture. We all have personal values that seep into our professional life, and when those values conflict with the organisation we work for, it can make it seriously hard to get along with the company “mantra”. If your colleagues seem heavily invested in the big gains and losses of the company, when you really couldn’t care less, then it’s probably a sign that you’re working for the wrong business.