High Paying Jobs That Aren’t In The Office 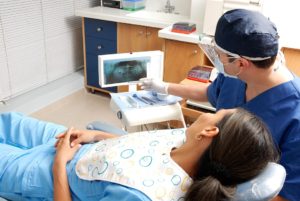 Going to work is a necessary part of life because it provides structure and pays the bills. Still, no one should go to work because they have to – they should go because they want to. Sadly, the stats show that employees that work in an office do not like getting out of bed and going into the workplace. Are you one of these people? If you are, it is time to look for a job that you love, one that gives you meaning and a reason to get up in the morning. It’s time to look for a job outside of the office, and here are the primary candidates.

Dentists don’t work in offices – they work in surgeries. Although it sounds like a small difference, the differences are vast. For starters, there is no need to sit at a desk doing tedious admin work as the reception area takes care of those tasks. Plus, the work is varied and always changing. One person could come in for a checkup, while the other needs a root canal, so you will hardly do the same thing twice. After a few years education at the best dental assistant school in the neighbourhood, a private dentist can make upward of $100,000 a year. A hundred thousand and no need to go into the office? Yes, please!

It’s never too late to start a career, regardless of the position. Sure, a lot of pilots start in their early twenties because there is a lot to learn before a qualified airman gets their wings. But, that doesn’t mean you shouldn’t give it a go even if you think you are too old. Commercial pilots make a lot of money, around the $80,000 a year mark for a captain, and they also get to see the world. One day you could be in India and the other Central America, and that is something most people can’t say of their job. If ferrying passengers around doesn’t sound exhilarating, there’s the opportunity to fly in the Army or Special Forces. The starting salary is better in the Special Forces, but there is a lot more danger.

There is no need for a fancy qualification or years of studying to make tons of money. Trades today are paying through the nose for skilled workers because most people tend to avoid the blue collar jobs. That is their mistake because the money is on building sites around the world. In Australia they are desperate, so it’s possible to make over 50,000 Australian dollars without having any responsibility. Responsible jobs on sites around the world pay anywhere between $75,000 and $85,000 a year. Not bad for a person that doesn’t have to get their hands dirty.

It takes a lot of effort and intelligence to understand the law, which is why lawyers get a good pay packet. Well, the private ones do because the private firms make a lot of money. Graduates that work for the Government tend to make less, but it is still up $35,000. Judges make the most money, up to $105,000, but it takes years of service to get a judgeship. Still, you have to start somewhere.