Taking The Steps To Become A Better Project Manager 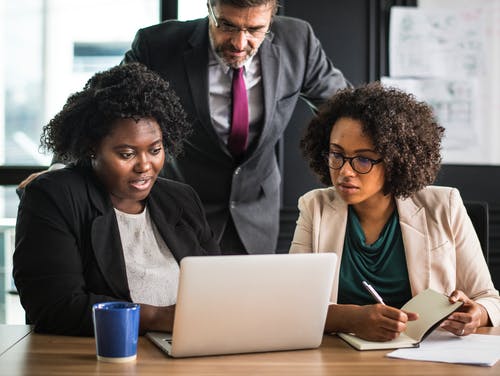 Project managers are a different breed of employee. It doesn’t matter what their background is, they have something that most other people don’t in the way of leading people with a distinct business idea. Project managers or ‘PMs’ can be from a varying professional history. Some might have done it the hard way and climbed the ladder, so they have experience and hard graft on their side. On the other hand you might have already assumed a senior role from which you were schooled and mentored by another senior employee. Project management is far from something mysterious but it’s notable that many do consider it to be a dark art. There’s no discernable and reliable way to lead a project and that’s because people and projects are all different. Yet as someone who is in the role of a project manager, you would like some kind of guidance on how you can become better. But what ways could you operate at a superior capacity than ever before?

Project managers are such people that they interact with both the bottom level employees and the senior management such as c-suite ranks. This means that although you are leading employees, you’re still being lead yourself. In an effort to impress your own leaders, you could be seen as arrogant or unattentive to your employees in your project team. Dropping your ego is going to benefit you greatly not just in character or likability, but your decision-making skills will be sharper. You’ll also be able to see the flaws in yourself and without being told to, already begin reshaping your conduct within your team. If you involve fewer emotions in your day to day professional responsibilities, you’re also more likely to make the correct analytical decisions. Employees will also see you as more approachable too so arising problems can be squashed in the whom.

Where it all matters, is in the directing of the project. This is the main role of the project manager, to direct the big and small tasks of each day and stage. If you’re having any kind of planning or logistical chain problems, you can always turn to a tried and tested methodology called PRINCE2. A company like Flexilern offers this very thorough course for project managers to help them implement a consistent technique of managing. Don’t ever leave anything up to chance or random encounters, which is why the course educates you on how you should plan your schedule and working day. You’ll also learn to efficiently organize a task or role structure within a team, so that each process is in a coherent orderly manner.

It’s sad to admit but sometimes project managers don’t learn from their own employees. It’s embarrassing to some managers to have to ask people they are leading for help in order to understand something. However a great project manager will ask a question to one of his subordinates without hesitation if it means they will learn something new that could make them better at their role.

Project managers have some of the most stressful roles in all of business. Yet they have the privilege of being right in the heart of new and exciting products and services. Stride to be better by taking these steps.