You’re Probably Not Living Your Dream Life, But You Should B 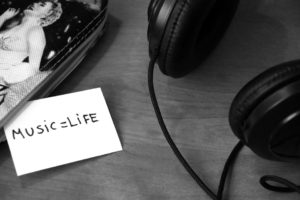 There are many different versions of success. For some people, it’s having a large house and a fancy car to drive around in. For others, it’s the knowledge that they’re working near the very top of an industry that makes a difference in the world. These are both commonly accepted signs of success; however, everyone is different. The real sign of success is happiness, and that can only be achieved if you love what you do on a day to day basis. Below, we take a look at the different ways that dreams can come true; if you’re currently settling for less, it might be time to start moving towards a more fulfilling career.

Working With Your Passion

Most people treat their passion as an afterthought when really it should be the guiding light they use to move their career forward. The problem is that people generally don’t think of their passion as a viable way to provide an income for themselves. In this day and age, there is always a way to use what you love to make money. If your passion is, say, eating well and being healthy, then look at using those two aspects of your character as the basis for a job. If you’re passionate about it, others will be too – and they’ll be willing to pay for it.

Involved in the Arts

You hear over and over again how people love to write, be on stage, or sing in front of a captive audience. They know that this is what they love to do, but they never truly believe that they can do what they love and get paid for it; that mindset is left to the crazy and brave, who – guess what – usually end up getting paid for it. If you think of yourself as a young Hemingway, get writing. If you want to be performing in front of a camera, look at Auditions HQ and search for your big break. If you’re a singer, start performing wherever you can and publish your music online: you never know who might be listening.

Being Your Own Boss

Even if you’re in your dream job, there’s sometimes no getting around the fact that you have a boss that you need to report to. That can take the edge off your professional life, no matter what it is you’re doing. To be fully content and feel like you’re reaching your potential, you might need to set up your own business and go it alone. It won’t be the easiest path you’ve ever taken, but it will be the most rewarding.

Doing Your Own Thing

Never forget that being a success isn’t down to anybody else: it’s down to you. If you have an idea about how to live your life that other people find bold, but which you think makes sense, then you should be doing that. You only get one life, don’t waste it trying to live up to other people’s version of success. It’s all down to you.