Entrepreneur Incubator: 5 Perfect Places to Start Your Own Company 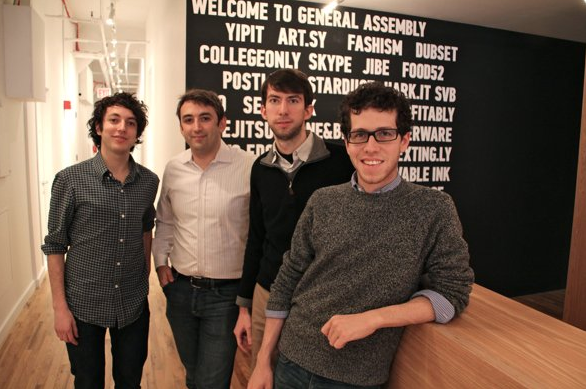 Young entrepreneurs choose their cities of residents for many different reasons, but one of the main ones is opportunity. Closely following that is cost of living. A city with great chances for starting and growing a business that also doesn’t cost an arm and a leg to live in is usually filled to capacity with entrepreneurs – for good reason. Here are five of the best places for entrepreneurs to start their own company.

Houston is in a central location, and doesn’t cost terribly much to live in. However, more than a quarter of the population has a Bachelor’s degree, and the average income of Houston residents is $26,849 – enough to live comfortably and have a bit of spending money. With roughly 9 business for every 100 residents, there are a lot of opportunities for filling a niche market and starting a business here.

The New York of the south, Atlanta is home to the world’s busiest airport, which means residents can come and go easily when they need to. With nearly half the population holding a Bachelor’s degree or higher and an average income of $35,000 per year, Atlanta retains the lower costs of living common on the east coast. With the city expanding more every year, entrepreneurs flock to this area.

Home to the famed UC Berkeley campus, Berkeley is a fantastic place for entrepreneurs to get started. With thousands of students and residents in the area, and numerous unique businesses to cater to this population, the opportunities are endless here. Many companies have even been started in the dorm rooms and apartments near UC Berkeley, as some of the brightest students in the country try to replicate Mark Zuckerberg’s meteoric rise to success. The good news is you don’t need to live in UC Berkeley Apartments to be part of the culture of entrepreneurship in Berkeley. The whole town is a hotbed of innovation, and you can be a part of it!

Right on the eastern seaboard, Raleigh is home to many entrepreneurs and successful businesspeople. With an average of $30,000 per year in annual income, Raleigh residents are relatively well off – and with 47% holding Bachelor’s degrees, the city is home to many highly educated people.

Not only is it home to beautiful beaches and places to relax, but Tampa has a low cost of living considering its location. With 11 business per 100 residents, there is a lot to do in this town. More than 32% hold Bachelor’s degrees, and the average income for the city is $28,000. Entrepreneurs have many chances to come in and fill in niche markets in this area.

These five cities are good choices for entrepreneurs to start a business, but they aren’t even close to being the only locations. Any city where there is an unfilled niche is a good choice, and the lower the cost of living, the better – this provides the entrepreneur with more time to get started.