Expect the Unexpected: An Unconventional Journey into IT 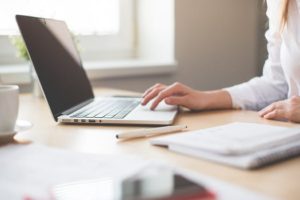 I’ve found that careers aren’t always a series of steps.

Sometimes you need to go outside your comfort zone, develop a real passion, and begin making connections if you want to succeed in landing your dream job.

Early Foray with IT

I’ve been a computer nerd since as long as I can remember. I can’t quite explain it but the cold, lifeless green and black screen of the computer (at the time) felt warm and welcoming. The day I first received my computer was the day I knew I’d be destined for a career in IT.

I’ll spare you the details of those mid-years and jump straight to when things really started to take off:

·  I began fixing computers (and other gadgets) for my immediate family, which eventually branched into doing so for neighbors and family friends. This was my first real taste for working with people since I had now begun to charge for my services.

·  Then I used IT staffing services to help me understand the process of finding a career in the IT field. It was a great way to do proper research and development and gain a lot of insider knowledge about the directions I could go in.

·  I settled onto taking courses at my local community college for networking and servers but I was somewhat frustrated by the speed of the courses (especially when we were using books that dated back a year – a huge setback when trying to keep up with technology).

·  I finally did something out of the blue and answered an ad for a small e-commerce company in need of IT services. I had been developing my skills on the side (outside of class) by doing some gigs and working on gadgets and operating systems I bought.

Out of all that happened, it was the R&D and going outside my comfort zone that landed me in a fun (and rewarding) career in IT. I was welcomed, with open arms, to the business and immediately got into the fray.

A few months passed after having started working for the company. One day, my boss called me and explained that new buildings had become available across the street. This change of address would give a massive overhaul to the warehouse and IT.

Before I knew it, I was running up and down ladders, across scaffolding, and climbing around the roof setting up hundreds of Ethernet lines and ports. This was something I had never done (to scale) while in my classes. It was exhilarating to have finally put the skills to great use and the whole thing turned into a really rewarding experience.

The small business that it was – I was also given the opportunity to begin working heavily with the server racks, VoIP phone systems, and security. My love for technology had finally paid off and the best part was that I helped design the IT side of the business – this kind of experience gives you a monumental sense of accomplishment.

Nowadays, everything is pretty much taken care of on the hardware side but I still get the chance to test and try new web-based IT solutions for the company.

The Moral of the Story

Gaining computer (and IT) proficiency is one of the greatest skills you can develop. When someone tells you “computers are the wave of the future” you should listen (albeit now we’re looking at tablets, smart phones, and other exciting gadgets).

The moral of the story is that if you love an industry, apply yourself, and go outside your comfort zones then you’re going to find success. Know that you don’t have to have all the answers – just the willingness to learn as you go.

With that being said, don’t let a few roadblocks hold you back from discovering your dream job.