Making tough decisions is never an easy ride. When you are in a position of leadership, though, you have people depending on you to make the right call. Such a thing can weigh heavy on a person’s composure. However, being able to make these types of decisions is exactly what makes a person a leader; someone who is bold, reasonable, and considerate of the people who need them to do the right thing. Although there is no single road map to make good decisions, there are several things to remember that can help a leader determine which direction to go in a dilemma that doesn’t offer an easy solution. Here are some tips on how leaders can make hard calls…

Admit when something was a mistake

First of all, it’s important to recognize that not everything a person does as a leader will be a good move, or work out in the end. This doesn’t mean that they were a bad leader. However, continuing to double down on a bad decision is a mark of a poor leader, and is something that should be avoided. If something was a mistake, admit to it as soon as that becomes apparent. Shying away from making excuses and owning up to mistakes actually builds better trust with a leader, since people know that they can expect them to admit when they were wrong.

In any venture, a leader is not the face of an entire organization, but only one piece of a larger picture. Good leadership means surrounding yourself with competent people. When it comes to making tough decisions, it’s important for a leader to remember why those people are there. Trust that these people have the input that you need to make the right call, and don’t neglect them. Even when a leader decides to go a different direction than what someone else thought, they should always feel like they have an impact on these types of decisions, or else their trust in their leader will be lost.

Don’t give in to tradition 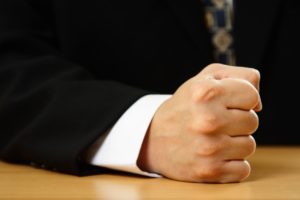 A good leader is creative in their ability to explore options. Making a decision simply because it is the one that has been made before is a surefire way to trap yourself in a box that prevents progress. A tough decision requires the ability to think outside of the box. A useful tool to do this is to think about traditional decisions, and the different ways that you could throw those to the wind.

People are the heart of every decision

When you are weighing your options, never let yourself forget that you are a leader because there are people who are expecting you to be one. Being a good leader means that these people are always at the heart of the difficult decisions. Indeed, most of the time, a decision is difficult precisely because of the way that it will impact these people. 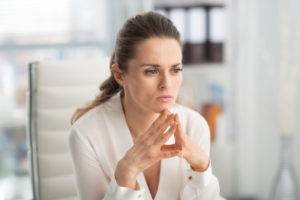 Nobody wants a leader who rushes headfirst into a situation without carefully considering their options. People expect their leaders to have a personality that lends itself to reason. When it comes to making a hard decision, weigh all of your options carefully, and make certain that you can reasonably explain why you have made the decision that you did. After all, any tough decision will have a variety of factors that go into it. For example, a business leader who must sell a company needs to examine all facets of what it would mean to sell, and how it would impact each party (for this particular example, check out this helpful article here).

If this seems contradictory to the point above, it’s because it is. However, it must be noted that it would be unrealistic and dishonest to say that bad decisions have not also been carefully measured and weighed out. More often than this, great opportunities have been missed because of the time spent mulling over prospective information. Although we have heard the phrase “go with your gut” used in foolish ways, there is some wisdom to the adage. Indeed, when it comes to running a business, gut decisions have been shown to have a high success rate, according to this informative article here.