How to Find a Job 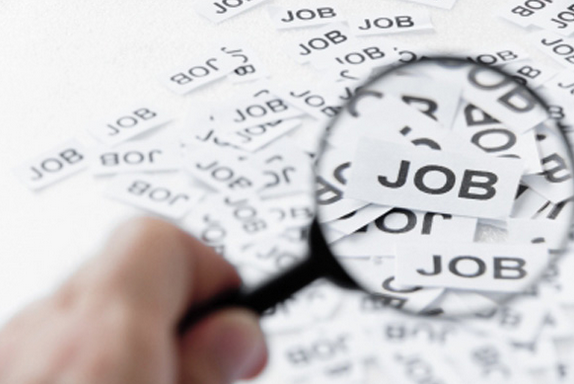 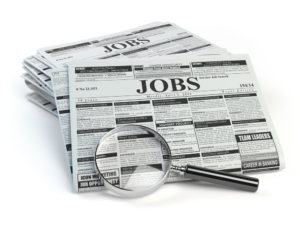 Whether you’re just out of college or have been in the workforce for decades, it’s typically not easy to find a new job. If you’re currently job hunting, you’re not alone. Some studies suggest that as many as 75 percent of people are looking for a job at any given time. That’s a lot of competition. The best way to increase the odds that you land a job you’re interested in is to make sure that you know about them in the first place. Here are some good places to start:

Spread it around. It’s a lot of work, but blanketing your geographic area with your resume is an old standby for a reason: it sometimes works. Why send your resume to a company that hasn’t advertised any open positions? Because they may not ever advertise—even if a position comes open. Or, a position could open up the day after you submit your resume, and guess who will have a leg up in the selection process? Why, the person whose resume just came across the hiring manager’s desk the previous day, of course. Identify the companies for whom you would like to work, and create a general resume (with specifics such as the company and recipient’s name) that showcases your abilities and interests. You may not get a call even if you send out 200 of these, but then again, you might get 10 calls.

Apply for open jobs. It sounds like a no-brainer, but lots of people today skip the newspaper and online classifieds because they assume that the company will be deluged with resumes. And that’s true. But if you’re qualified, there’s no reason not to apply and one very good reason to do so: you know they have an open position. Take the time to personalize your resume and cover letter as much as possible, as well as proof it thoroughly, and you’ll already be in the top tier of candidates because too many people fail to take these easy steps.

Contact your old university. Most colleges, universities, and technical schools offer graduates and alumni job placement services. Just because you’ve been out in the work world for a decade doesn’t mean that State U can’t help you. The best career centers ask alums to let them know when jobs become available within their companies so they can pass those leads on to other alums. And having an alma mater in common is a great jumping off point with a potential boss.

Talk to a recruiter. Headhunters are one of the most under-utilized job hunting tools. Some people believe that headhunters only work for high-dollar professionals like doctors; others believe that recruiters only work for blue collar companies needing cheap labor. The truth is that headhunters are employed by companies across the board—and they always want to meet quality professionals like you. Legitimate headhunters don’t charge job seekers a fee (they make money from the companies who hire the candidates they provide), so what do you have to lose?

Ask your friends. You’ll probably talk to your pals about your desire to get a new job anyway, so why not employ their help in the process? Ask them to think about possibilities within their own company, in companies that do business with their firm, their spouse’s company, and anyone else in their social circle who could be a lead for you. Even if they can’t come up with anything solid right then, it will put the idea in their brain so that if they hear of anything, you’ll be the first person they call.

Network with everyone. This means both inside and outside of your field. Many people think that colleagues in the same field will have an inside track on open jobs, but think about it: if a great job comes along, why wouldn’t your colleague apply for it instead of telling you about it? Same-field networking works best when you know people who are at least one rung above you on the professional ladder. That way, you won’t be applying for the same jobs, and they’re more likely to know about job openings at your level. It may actually be more productive to network outside of your field, and the good news is that you can do this anywhere, not just those uncomfortable after-hours networking socials. Wherever you go—cocktail parties, your child’s baseball game, church—make sure to mention that you may be in the market for a change. You never know when an acquaintance will say, “What a coincidence; my brother is looking for a new graphic designer.”

Search for jobs on the JobGoRound job search board.