Annoying Nonverbal Habits to Avoid During an Interview 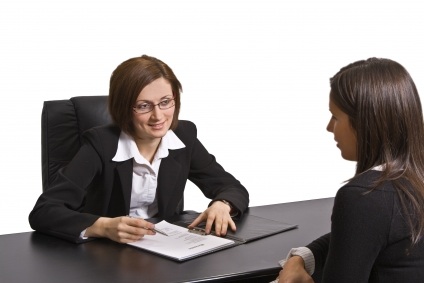 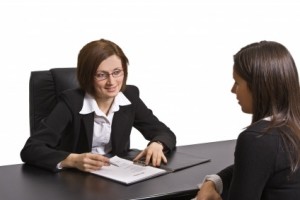 I’ve been on interview panels quite a bit lately and a funny thing occurred to me on the last couple: I was paying more attention to some of the candidate’s nonverbal cues than I was to what they were saying.  This was a result of a couple of what can only be called annoying habits on the part of these applicants.

One person kept throwing up his hands with each answer, as a gesture to add emphasis I suppose.  Unfortunately, it came across more as a gesture of surprise.  It got to the point where I was making mental bets with myself as to the exact point where he would throw up his hands.

Another person kept unscrewing her pen and then screwing it back together again throughout the interview.  While this was undoubtedly a sign of nervousness, I noticed that others on the interview panel would unconsciously glance at her pen every time she did this, which was distracting them from what the candidate had to say.

These interviews were the inspiration for my current post and I’ll talk about three of the primary nonverbal cues that I believe can derail your interview.

Everyone is nervous in an interview.  Although Hiring Managers expect this, we are also judging you on your ability to overcome that nervousness during the course of the interview.  Constantly repeating the same nervous gesture is not only distracting but will frequently lower your score.  Some of the common ones I see are: shaking your leg, making constant sweeping hand gestures, and clicking or otherwise fiddling with your pen.  Holding a pen because you are taking frequent notes is perfectly acceptable so long as you hold it still when you’re not writing.

The handshake can frequently be one of the more awkward moments with any sort of introduction, much less an interview.  The first type of ‘bad handshake’ is what many people call the ‘limp fish’.  You know, the one where someone places their hand in yours and doesn’t squeeze at all – it just sits there like a limp fish.  This comes across as either a sign of insecurity or disinterest, neither of which are good impressions in an interview.  The other type of bad handshake is when someone squeezes you hand like it was an arm wrestling contest.  This comes across as overly aggressive (or, paradoxically, some hiring managers consider it a sign of insecurity!).  The best handshake is a medium firm grip, lasting about two seconds.

Many candidates stumble on this one and frequently will end up either making little or no eye contact at all, or focusing their attention on the person in the room who seems the friendliest.  Here’s my best advice on eye contact.  When a person on the interview panel is talking, maintain eye contact with them.  When you are the one talking, let your gaze go around the table, making eye contact with each person for a two or three seconds at a time.  If there are only two people on the panel, rotate your eye contact back and forth every five six seconds, so that you’ll look more natural.

While I’ve never met a hiring manager who made a hiring decision based only on nonverbal cues, they can certainly have a big impact on the impression you give.  This means they can be the tie breaker between two equally qualified candidates, so be sure to pay attention to the nonverbal communication you may be giving in your next interview.