How I Prepared for My Initial Job Interview 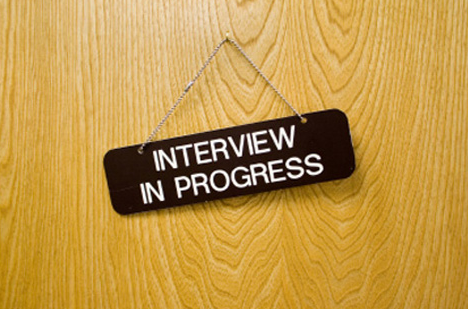 Last time, I explained where I find the job posting to which I applied and how I went about the process of applying.  This time, I’ll detail how I prepared for my initial interview and exactly how I went about preparing for that interview.   If you’ve been following my posts for a while, you’ll find much of this to be familiar.

Having been a hiring manager for many years, I knew that getting an interview is only the first step.  Then comes the hard part: preparing for the interview.  This is where I spent most of my time – and it was a LOT of time.

My first interview was a week away, so I spent approximately 25 hours poring over their web site and any other online information I could find, using both Google and Yahoo searches.  I made sure I was well acquainted with virtually every recent news event about that organization.

I also spend quite a bit of time becoming acquainted with the stated goals of the organization, the strategies being pursued to reach those goals, and the specific information and news about the department for which I was interviewing.  By the day of the interview, I felt I was nearly as knowledgeable as they were about the objectives and challenges they faced.

I prepared my “30 Second Marketing Message”, several anecdotes about my experience, and prepared a long list of about 15 questions to ask, based on the research I had done.

I also prepared answers for many of the common interview questions I felt might be asked (since I myself had asked them many times).  I rehearsed my answers to these questions several times.

On the day of the interview, I arrived 45 minutes early, just to be sure that no unexpected problem would cause me to be late, dressed in a suit and tie (since I was interviewing for a management position), and stayed in my car going over last minute notes.  At five minutes before my interview time, I walked into the HR office.

The interview itself was a “panel” interview.  This means I was interviewed by a group of people (seven in my case).  This is an approach that is becoming increasingly common.  While it puts a lot of pressure on the applicant, it reduces the number of interviews the company has to do.

Basically, they kept going around the table, taking turns asking me questions.  Fortunately, due to the extensive research I had done I was able to answer many of the questions about my skills and experience in terms of things specific to their organization.  This made the interview flow much smoother than it would have otherwise.

Now, here’s a tip from my interview experience that I’ll bet you’ll never get anywhere else.  I call it my “equipment failure” ploy.

At one point during the interview, when I was writing a few notes about something one of the interviewers had said, my pen ran out of ink.  Fortunately, I had another pen in the portfolio I brought. Without saying a word or pausing, I put the old pen aside, pulled out a new pen from my portfolio and continued writing, not thinking much about it.

To my surprise, one of the people on the interview panel remarked out loud, “Well, you’re certainly well prepared, aren’t you?”  Everyone around the table chuckled and I realized that, without thinking about it, this simple act had given the strong impression that I was cool under pressure and well prepared.  All from the simple act of having a back-up pen!

You may be sure that if I ever have to go on another interview, I’ll bring along a pen that is out of ink – just so I can smoothly whip out another pen and, without saying a word, show that I’m prepared and organized.

This sounds a bit foolish to me, too, as I read it, but it worked!  As I think more about it from a Hiring Manager’s perspective, I would probably also look at this simple act very favorably.

At the end, when they asked me if I had any questions, I chose about three from the list of 15 that I had prepared in advance, based on things I heard in the interview.  I saw several of the interviewers nod as I asked the questions.

When the interview was over, I collected cards from everyone, shook their hands and thanked them for their time, hopefully leaving a good impression.

Apparently I did, because the next day, before I could even send thank you letters, I was called in for a second, and as it turns out final, interview.

Next time, I’ll talk about my final interview and the end result.