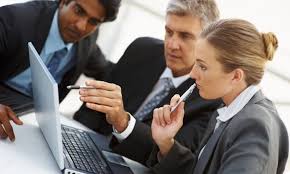 It happens sometimes.  You had an interview, you thought it went well, and now it’s been a while and you’ve heard nothing.  This can be a real quandary for you.  Should you just keep waiting?  Should you call to find out?  If so, who should you call?  Etc, etc.

I’ll tell you right up front that it frequently will take longer to hear back after an interview than you’d expect or like.  Two weeks is not an unreasonable amount of time for a company to reach a hiring decision, especially if it’s a big company and if they had a lot of people to interview.

One of the reasons for the length of time is that many companies want to interview everyone before making a decision.  This means that if you had a lot of competition for the job it could easily take two weeks for all applicants to be interviewed.  Even if you’re an extremely attractive candidate, they will want to complete the other interviews they have scheduled because, who knows – someone even more attractive may show up!  Even though most of us don’t like to admit it…

If they specifically said it would take two weeks to reach a decision, I wouldn’t be too worried after only a week.  However, a week is a week.  If you’re really concerned, there is nothing wrong with calling the HR person who originally scheduled your interview.

Notice that I specifically said call the HR person.  DO NOT call the person with whom you interviewed.  Always go through HR, as they will definitely know the status of the interviewing process.  Hiring Managers typically do not want to talk to applicants directly except during interviews or when they themselves initiate the call.

Bear in mind that at any given time a manager may be interviewing ten or more applicants, so you can see how much time it would take to individually talk to them all.  That’s what HR is for and that’s why I will reiterate that the Hiring Manager expects you to make HR your contact.  The one exception to this is if the company is very small and there is no formal HR department.  In that case, calling the Hiring Manager is your only option.

If you call HR, ask when they anticipate reaching a decision.  If they’re still interviewing, they’ll probably tell you so and you can then relax a bit – no decision will be made until they complete their interviews.

In the meantime, you should continue your job search just as if you hadn’t had the interview. Otherwise, if you don’t get the job, you’ll have wasted two weeks when you could have been looking for other jobs.  By sending your thank you email after the interview, you’ve done about everything you can with the Hiring Manager.

So remember: If you haven’t heard anything in two weeks, it’s perfectly acceptable to call HR to check on your status.  Typically, HR handles all the administrative work for the Hiring Manager and not only is it acceptable to call them, they in fact expect it.

However, if you’re simply determined to follow-up with the Hiring Manager, as risky as that is, in my next post I’ll tell you how to do it in a couple of different ways that at least minimizes the potential negative impact.

Tagged hear back from job interview