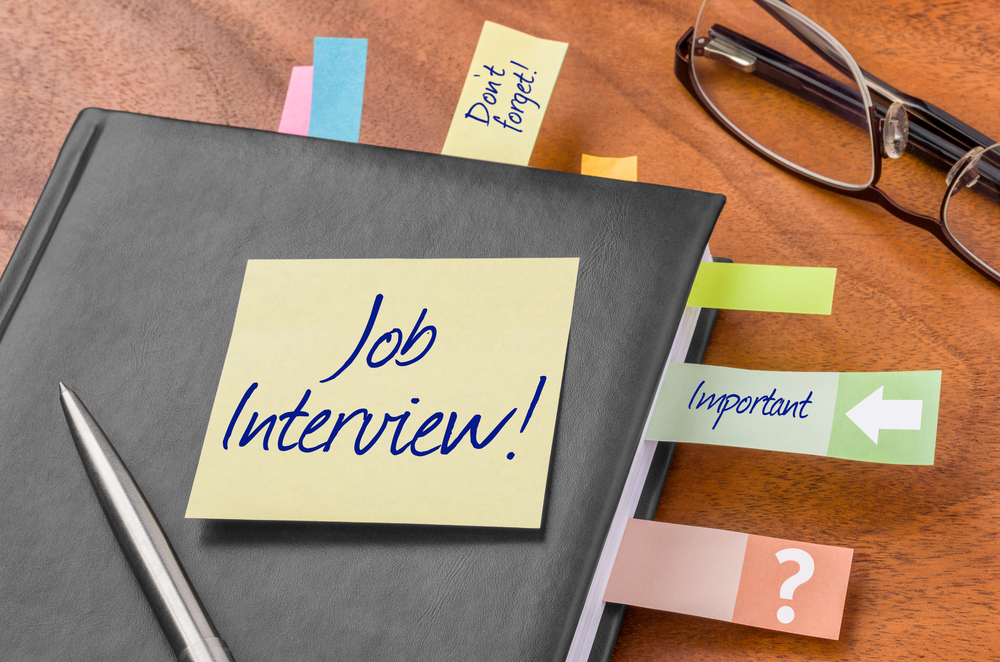 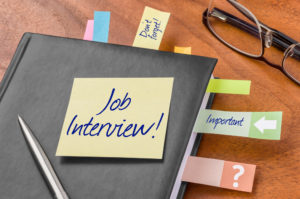 In my last post I reviewed my initial interview for the job I was seeking.  I made it past that round and was chosen as one of the finalist.  Here’s how my final interview went.

The final interview, which is where hiring decisions are made, took place four days later.  HR told me there would be two people at the interview: the two people to whom I would report.

This position had a dual-reporting relationship: one to the Chief Information Officer, and one to the Director of the specific organization in which I would work, so I had to impress two bosses.  Well, it doesn’t get any more stressful than that!

As I stood outside the room where the interview would take place, I heard voices and laughter from the inside.  A few minutes later, a man walked out dressed just like me (that is, in a conservative suit and tie) and gave me a sideways glance as he walked by.

I correctly surmised that he was another one of the finalists who just had his interview.  Based on the jovial mood that I heard coming from the room, I suspected that his interview went very well.  It looked like I’d have a tough act to follow.

I went in, was introduced to my two potential bosses – one man and one woman.  Neither of them smiled as they introduced themselves and I thought to myself that it looked like I had my work cut out for me.  And I was right.

They started asking a few questions slowly and seemed to be struggling for things to say.  It seemed they were rapidly losing interest in the interview and I could see this job offer flying away as I sat there.  What happened to that jovial mood that the previous candidate seemed to enjoy?  Was I really blowing the interview that badly?

Since they weren’t talking much, I decided to take a more active role.  As I did in the initial interview, each time they asked a question I answered it in terms of things specific to their organization.

I talked about my previous jobs but always finished with a statement something to the effect of “and this experience is similar to the situation you faced” and I would name a relevant fact or circumstance that I had read in my research.

Since my advance preparation was very thorough, I was able to answer most questions with a comment about something similar that they had faced.

After about the fourth or fifth time that I specifically mentioned one of their organizational objectives or projects, they were both nodding their heads as I spoke and seemed pleased and somewhat surprised that I knew so much about their organization.

What I believe really sealed the deal for me was this.  When I was answering one of the questions, I specifically mentioned that my background was originally in business, not information technology.  Now, since the job I was interviewing for was an IT manager position, this would appear to be a high risk maneuver.

BUT…I had really done my homework.  I knew from my research that the CIO’s background was also in business, before he transitioned over to the IT side of the house.  That’s why I made sure to work into the interview the fact that my background was originally in business (which it was).

As soon as I said that, the CIO perked up and said, “You know, my background is also in business and I’ve always thought it made me a better CIO.”  From that point on, the interview went very smoothly and I could seem to do no wrong with my answers.

At the end of the interview, I once again asked three or four very pointed questions about their organization’s goals and objectives, from the list I prepared in advance.

However, even after my coup with the “business background” comment, neither of them smiled once the entire time and I left the interview truly not knowing how I’d done, for the first time in my career.  All in all, an unusual experience for a Hiring Manager!

The next morning, HR called and offered me the job, at a salary higher than I expected.  Apparently my research and knowledge about the company (and, I have to believe, my “business background” comment) had saved the day.

Next time, I’ll review the lessons I learned from my interview experience.  Lessons that will perhaps help you in your next interview.