Is It Ever Ok To Lie On Your Resume? 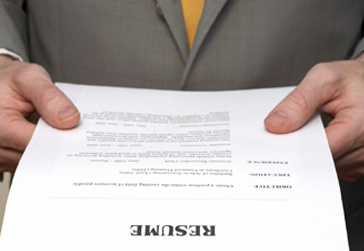 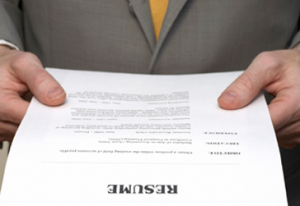 The simple answer to this question is of course ‘no’. However, in the publication ‘The Ethics of Resume Writing’, Clinton D. Korver suggests that more than half of job applicants in the United States habitually lie on their resume. Some people try and ease their conscience by saying they are ‘padding’ their resume but in reality, all they are doing is telling outright lies. It doesn’t matter if you exaggerate your role in a company or claim to have been manager of twice the employees you actually were, it is a blatant lie and is almost always uncovered by the hiring company. Any slim chance you had of receiving the job is completely gone once they find out about your deception.

Best Case Scenario
People who have been unemployed for a long time feel as if they have nothing to lose by embellishing their resume. After all, things can’t get any worse can they? Actually, they can. Imagine you got the job on the basis of your lies only to find out that you’re in way over your head. It will become clear to the organization that you are not fit to work for them and you will promptly be fired. Alternatively, you could be a resounding success only to be called into the manager’s office one day and asked to explain why you lied on your resume. The hiring company may not find out immediately but they will eventually. The end result is you being fired and having an extremely bad reputation. And all of this can happen if you get the job!

Honesty Is The Best Policy
For your own sake, you must tell the truth. Some applicants may have circumstances that can’t be readily explained by a resume. For example, you may have taken a year off work in order to backpack through Australia or go on a legendary road trip of the United States. The resulting gap in your work history will be obvious on a resume but can easily be explained by a cover letter.

One of the most common lies told by job applicants relates to educational achievements. What usually happens is that the applicant either dropped out of college or missed out on a degree or other qualification by a few credits. Instead of explaining this on the cover letter, the applicant decides to enter the phantom qualification instead. As almost all major corporations and an increasing number of smaller businesses do background checks regarding an applicant’s education, this is a lie that will be quickly uncovered.

It is always better to take a chance and try explaining any unique situations via a cover letter while only listing actual qualifications and experience on your resume. There are many ways in which you can give your resume a significant boost while still keeping its integrity. Use action keywords and ensure that all your accomplishments stand out. As half of your competitors may already be ruling themselves out of the job by lying, an honest resume immediately enhances the likelihood of being called in for an interview. You may not get the job by being honest but lying on your resume will almost always come back to haunt you.