Jobs And The Art Of Self Promotion 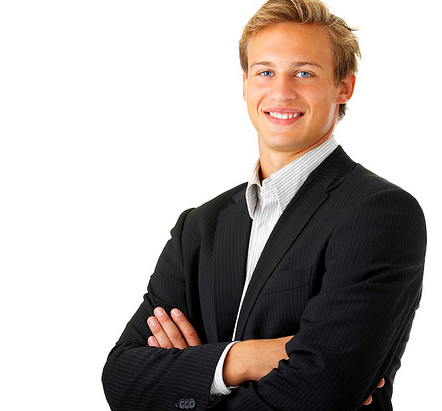 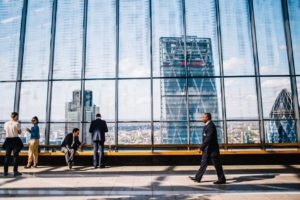 Self-promotion is difficult for many people. When done wrong, it can even seem narcissistic. The person who originally encapsulated that word was, as you might imagine, Narcissus. Like many Greek heroes, his choices in life have a didactic value, and his example was the most extreme: he was noted for his beauty, which is not exactly surprising considering his parents were a God and a nymph. He was destined to live a long life on the condition that he never recognised himself. It ended badly and when he came across his reflection in a pond, he was so mesmerised by it that he could not look away and he died as a result, still staring at himself. This story obviously paints narcissism as a dangerous trait.

However, in the modern world, where the threat of punishment by vindictive gods is not quite as pressing, the need to think highly of yourself is a necessary skill. It is often said that if you do not believe in yourself, you cannot reasonably expect anyone else to believe in you. This trait is particularly important when it comes to the world of work, and more specifically, finding a job. The current market is intensely competitive. There are many reasons for this, including global market forces sending many jobs abroad which leaves few remaining jobs for the same number of aspirants. There is also the issue of some industries practically dying out, such as coal mining, a state of affairs which prompted the US president Donald Trump to make a concerted effort to revive the industry, one which experts say is sure to fail. Another thing plaguing the job market is the trend of employing robots to do jobs that humans formerly relied upon. If you are going to succeed in the environment in which you inevitably find yourself, you need to learn how to market yourself properly.

When a company wants to make a good impression when entreating its prospective customers to buy its goods or use its services, they hire marketing experts and consultancy firms to help them. Individuals can do that now too. There are lots of people who offer bespoke services for making the best of what you have. These can include help with resume writing. The first thing that a future employer will know about you is what you tell them about yourself in your resume. With lots of jobs receiving overwhelming numbers of applications, HR personnel are not able to read through each one. It is for this reason that you need to make a good impression immediately. It goes without saying that you simply cannot afford to make a mistake as easily detected as a spelling error. Your resume can also not be too long. If it is more than two pages, it is likely to be dismissed out of hand. Trying to describe yourself and your value so concisely can be difficult and you will need to acclimate yourself to leaving out some things that you would like to include. Another good tip is to only describe in detail the things that you have done recently. Interviewers will be interested in your last job. Describing to them how responsible and considerate you were in high school is going to be a waste of time. The attitude of employers can seem excessively dismissive sometimes but you must consider that they clearly have the advantage: they have something that many people want, and unless you to prove to them that you have something they want, it makes sense to dismiss you.

The process of finding a job can be thoroughly exhausting. Since so many people are applying for so few positions, many companies will not even respond to your application. It may seem rude, but the cost of being polite is obviously one that they think is too expensive to bear. Do not let that upset you. Rejection is a part of life. But so is persistence. You do not need to patiently wait by the phone for a company to call back. If you have applied to them and they do not respond, call them and ask about the progress of your application. There are only two things that could happen. You could get the job, in which case congratulations. Or you could not get the job (which leaves you in no worse a situation at the very least) but calling gives you the opportunity to find out why they rejected you. This gives you something to improve when you apply for your next job.

The important thing to remember is that you have to be confident. Self-promotion can seem rather gauche sometimes, but in the modern job market, you will not survive without it.