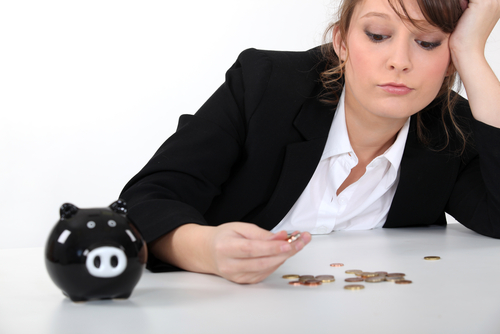 Everyone in life is going to, one day, stumble upon difficult times. We all are going to have our highs and our lows. That’s the simple nature of what it means to be alive. However, some people can also reach a point of low desperation where they feel like they’ll never get out, and never get back on their feet. Typically, during times like these, people find themselves out of work, on top of struggling with personal relationships.

These times may arise out of bankruptcy, addiction, divorce, legal problems, economic downturns, or whatever reason! One aspect of these low points that can make them even harder is the necessity to look for a new job. Here are some things to remember when job searching after hard circumstances…

The first thing to remember is that where you are at isn’t going to be the place that defines you. Nobody gets to their lowest point and stays there forever. Even if it feels like it never gets better (and if it didn’t, it isn’t really rock bottom), know that life operates in strange cycles. Every stumble and fall that we have in our lives is an opportunity to get back up again and learn something. Even bankruptcy shouldn’t be considered failure. When it comes to looking for a job, this is the mentality that you need to have. In some ways, a person who needs to pull themselves out of their situation is more motivated and hardworking than anyone. This makes you a valuable hire. Don’t forget this.

Find references who want to help you

First of all, if you have been out of work for a while, you are going to need references. Indeed, you usually need a good reference to get a worthwhile job in the best of times. If you were fired from your previous job, it’s possible that you may not be able to get a reference from them, depending on the circumstances. However, look back on your professional experience and find people who know your worth and have an active desire to help you get back on your feet. These are the people who will give you a glowing recommendation, and make it more likely that you’ll find a job that can turn things around for you.

Think about what you actually want to do in life

If you are out of work and having trouble finding something new, now is a good time to take a step back and reassess your life and if this is what you actually want to be doing with your life. After all, if you are going to struggle so much with getting work, it might as well be for something that you’d actually care about doing. For example, after the most recent United States recession, many people in the workforce simply went back to school when the layoffs started to happen. This is taking a less than fortunate situation and making something more of it. 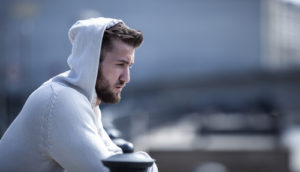 Many successful people rose from failure

Don’t forget that you are not the only person who has ever hit rock bottom. As a matter of fact, many of the most successful people on the planet (who weren’t born into prosperity) usually worked their way to where they are after reaching a similar point to where you are at. For example, did you know that Walt Disney’s first attempt to make a film studio went bankrupt in 1923? This sent Disney’s career into question and nearly ruined him. However, it was out of this lowest point that he actually created his most seminal work: Mickey Mouse. Remember, the lowest points in life are actually learning opportunities that we can take with us.

In some cases, the thing that drove you to rock bottom could have to do with legal troubles, such as an arrest or conviction of a crime. In these situation, it’s important to know that you actually have protections against discrimination, depending on the nature of the job and the crime you were convicted of. Obviously, a criminal record may disqualify you from jobs that deal with children, security clearance, or government positions. However, there are Federal protections, and sometimes state protections, that prevent some businesses from excluding you from positions for certain convictions.