Personal Use of a Work Computer 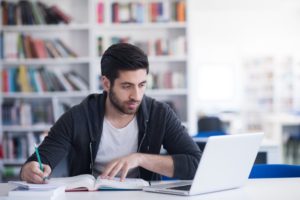 If you have access to a computer at work, you may find yourself tempted to check Facebook and personal email, read blogs, shop eBay, and other personal uses of your work computer.  Is this okay?  This question becomes a loaded one as social networking catches on with more employees — and as more employers start using it for their own benefit.

Recently, Trend Micro released the results of a study on how many people check Facebook and other social networking sites from work.  In the United States, 24 percent of workers admitted to this, up from 20 percent in 2008 — a 10 percent increase in two years.  In the United Kingdom, social networking at work is even more popular — 33 percent admit to it, compared to 27 percent two years ago.  Of the countries surveyed, only Japan actually went down — from 17 percent in 2008, to 14 percent in 2010.

Interestingly, it was laptop users who were the most likely to check email and social networking sites from a work computer.  Moreover, those using laptops were more likely to share confidential information when connecting with friends on the go.  Since company laptops allow employees to connect to the Internet away from work, it seems that the user of the laptop feels like personal use is more permissible, even though it still is company equipment.

Complicating the issue is the fact that more companies than ever are actually using social networking to promote their business.  Businesses are maintaining company blogs, and using Facebook and Twitter as a branding tool.  Some companies even give employees blogs and encourage them to update regularly, even on company time, because of the marketing advantages it offers.

Before you start envisioning a world where personal computer use is permitted at work, though, know this: At the same time, businesses are guarding company time more jealously than ever.  If you work for a large company, most likely everything you do online is monitored.  Big Brother is always watching!  Earlier this year, Joshua Brustein of the New York Times technology blog, Bits, blogged about a new software that allowed employers to track their employees’ social networking activities.  Other companies stop it at the source by simply blocking sites such as Facebook on the company network.

You really can’t blame businesses, as they are only protecting their own interests.  Time spent checking email and Facebook or shopping on eBay is time NOT spent on work, which the company is paying you to do.  You would be just as concerned if a handyman you were paying by the hour was chatting on his phone instead of doing his work.  Furthermore, there is also the concern of shared confidential information.  How would you feel if that handyman went around afterward telling all his friends about the expensive stuff you own, whether you have a security system, etc.?

As businesses fight back against personal use of work computers, it really is in your own best interests not to shop or check email and social networking sites at work.  Here are a few tips for protecting yourself — and keeping your job!

•    Stay off personal email accounts, social networking sites, and online shopping sites while at work.  Your company could be monitoring everything you do online without you even knowing it, but even if they aren’t, your boss could walk by or a co-worker could turn you in.  Anything too important to wait until after work probably isn’t going to be discussed via email or Facebook, anyway.

•    Be wary of using your smartphone on company time.  While it may seem like checking from your phone, off the company LAN, is the answer, be careful.  You don’t want your boss or co-workers to see you staring at your phone all the time, either.  If you really need to check something, take a 15-minute break or take your phone to the bathroom with you.  Do what you need to do quickly, and then get back to work.

•    Check your privacy settings on your social networking accounts.  To prevent your employer from monitoring your social networking activities, and even to prevent potential employers from using your Facebook statuses against you in the future, restrict ALL of your information to friends only — and even then, be careful!  Certain things, such as profile pictures, may still be accessible to everyone.  Don’t post anything that would make you look unprofessional.

•    Be careful who you friend.  Be wary of friending your boss and co-workers.  This gives people you work with access to your statuses and other information, and it may inadvertently give your employer access too, if your privacy settings allow friends of friends to view your page.  Besides, unless you plan on self-censoring your statuses, there are just some things your boss and co-workers don’t need to know about you.

•    Change names and other details.  Blogging about work isn’t a good idea, but if you have to, be as anonymous as possible.  Blog under a fake name, and change names and other identifying details.  Don’t blog about anything that could identify the company you work for, let alone who you are.  It’s a small world, and someone will figure it out if you aren’t careful!