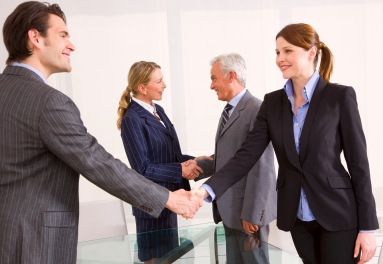 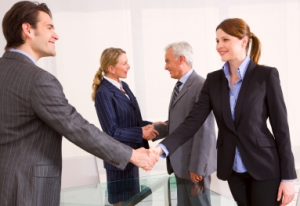 With the unemployment rate hovering around the 10% mark, millions of Americans are looking for work online. The question is: Do online job searches really work? There is no doubt that in theory, looking for work on a social media site positively impacts your chances of getting a job. Tens of thousands of organizations are online right now with senior executives making themselves available to applicants. The impact of social networking is considerable. Facebook has more than 500 million users, Twitter is taking on thousands of new users a day and LinkedIn, a social network specifically designed for professionals has more than 100 million members. With these kind of figures, it is hard to imagine online job searches being anything but successful.

That said, you will not have much joy from any site if you fail to use it properly. Take LinkedIn for example. It has a helpful feature that shows how many degrees of separation you are from influential figures in your field. If it transpires that you are only one of two degrees away, you are likely to have a number of mutual friends. This means you could well be an introduction away from a meeting.

Online job searches are also useful for companies. It saves them thousands of dollars and months of fruitless searching for the right candidates. They may see someone on a site like Twitter or LinkedIn who seems suitable and ask them for an interview. Instead of having to interview countless candidates on the strength of their résumés  alone, companies can view a handful of elite professionals online and quickly find a good match for their company.

Professionals should also be warned about their online conduct. Companies are monitoring the activity of their employees on social networking sites more vigorously than ever before. This is because of hundreds of stories relating to employees having their contracts terminated after they were found to be insulting their boss or colleagues online. Poor social networking behavior can also negatively impact the chances of someone seeking a job. In the United States, 70% of companies have rejected candidates because of information they found relating to that person online.

When it comes to sending résumés online, it seems like you will be as unsuccessful as you would be when sending them in written form. Few résumés sent online are read by humans. Instead, there are looked at by computers. Applications that don’t have the requisite keywords will be rejected. With some companies receiving several hundred applications, it is no surprise. Indeed, most candidates who look for jobs online in this manner report receiving either no response at all or a generic e-mail.

Desperate times call for desperate measures. While online job searches are not the answer to your prayers, looking for work on social networking sites is a good idea. Sending applications to a faceless entity with email is probably. However, no matter how many jobs you look for online, nothing should stop you applying for jobs the old-fashioned way. In times of recession, you need to use every avenue that is open in order to secure employment.