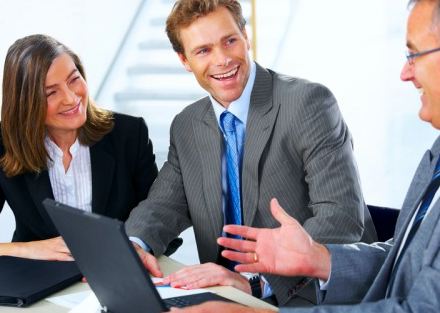 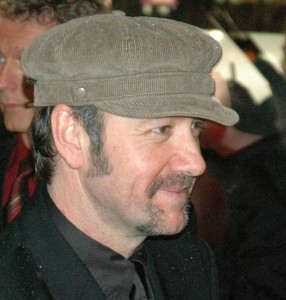 If only we could have our professional lives scripted like the TV characters we watch once we clock out, every job search and work opportunity would lead to more success. Forget sweaty palms and nervous answers during job interviews, TV pros epitomize confidence, aptitude and professionalism. The stories of our careers unfold without a script, but that doesn’t mean we can’t learn from our fictional colleagues.

From Frank Underwood’s shady political exchanges on “House of Cards” to Jim’s small-talk skills on “The Office,” TV professionals can teach us how to take the next step in our careers. The next time you’re planning a professional move, use your cable TV resources to learn from workers climbing tall, albeit fictional, corporate ladders.

In the “House of Cards” pilot, Congressman Frank Underwood enters the White House with a foreign-affairs policy in hand, only to be told he wasn’t going to be named Secretary of State, as he was promised. The Congressman, played by Kevin Spacey, expresses his shock before composing himself and accepting the news graciously. Underwood didn’t sulk in his misfortune. Instead, he used the bad news as motivation, masterminding a plan to get his promotion. His tactics aren’t always admirable, but the takeaway is clear: everyone gets knocked down.

Successful professionals know how to get back up.

A Subtle Smile Can Make All the Difference

Most 9-to-5ers can relate to “The Office’s” Jim Halpert in some way, whether it’s the annoying co-worker or overbearing boss. Throughout his tenure as a Dunder Mifflin salesman, Jim has regularly opened doors to better opportunities. We know it’s not because of his work ethic (he has described his philosophy of doing the least amount of work possible), and he doesn’t seem to have a particularly impressive resume, but people like Jim. Maybe it’s the subtle smile or the smooth jokes. People want to work with people they like.

When you’re at work, don’t get bogged down by the pressures of the day. Smile, have a laugh and take a deep breath. You’ll be better off for it.

Passion Will Take You Places

NBC’s hit sit-com “Parks and Recreation” takes place almost entirely while government employees are on the clock. You wouldn’t know it based on how much the employees care about their work, however. It starts will Parks Department head Leslie Knope, who would probably volunteer at her local parks if she wasn’t paid to manage them. “Parks and Recreation” reveals how more passion for work actually leads to a better work/life balance.

There will always be days when it’s tough to get out of bed, but passion for your work can mean the difference between professional growth and a seeming prison sentence.

“The Americans” chronicles two Soviet Union spies in deep cover as normal citizens of the United States. To earn the position, the couple committed their lives to learning English and everything there is to know about American culture. Subject matter aside, “The Americans” reveals an important professional tip: loyalty pays. Stay at a job for any significant amount of time and you’ll probably feel some restlessness. A loyal employee is becoming hard and harder to find though, and persistence will pay off professionally.