Never Lie on Your Resume! 10 Tempting Lies to Avoid 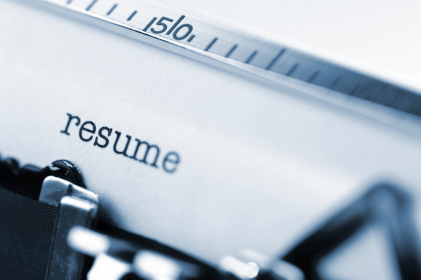 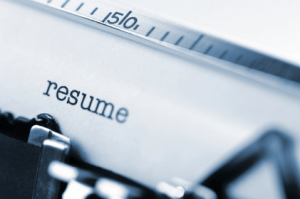 Lying on a resume or a job application is hardly a new practice. For as long as there have been jobs, people have been willing to lie to improve their employment chances. However, just because resume fibbing is standard operating procedure for some people doesn’t mean that it should be standard for you. Deceiving a prospective employer can get your application tossed in the trash if a hiring manager recognizes your dishonesty. And if you don’t get caught and end up getting the job, you have to keep lying every time you go to work, and you may get found out and penalized months or even years down the road.

A far better practice is to tell the truth the first time. To help you screen your resume for little lies (and not-so-little lies), we’ve put together a list of the most common lies that job applicants tell. Keep in mind that variations of some of these claims might appear on your resume and be perfectly true. If you truly had managerial experience or managed a perfect 4.0 GPA in college, good for you. If you didn’t, don’t put it on your resume!

One of the most common resume tricks is to tweak job titles to make them sound more impressive. Many job searchers assume that buzzwords like “manager” or “director” will get their resumes noticed. The thing is that most employers will call the companies you used to work for to verify your job titles. If those verified job titles don’t match what’s on your resume, you might be disqualified for dishonesty.

Speaking of information that employers can verify just by picking up the phone, many applicants try to hide their periods of unemployment by saying they worked certain jobs longer than they did. The logic behind this lie is flawed: employers don’t automatically disqualify you just because you weren’t working for a few months, so your risk with this lie far outweighs the potential reward. You might have been going to school, volunteering, or dealing with a family matter during a gap. Instead of lying about your employment dates, be ready to gracefully (and honestly) explain the gaps in your resume if an interviewer asks.

You probably won’t list salaries on your resume, but you could be asked to disclose them on your application. Some job seekers lie about past salaries with hopes of giving themselves greater bargaining power. But this information, like job titles and employment dates, can be easily checked.

If you didn’t go to Harvard, don’t say you did. If you went to college but never graduated, don’t claim that you have a degree. It’s true that many jobs require a bachelor’s degree, but that doesn’t mean fabricating a degree out of thin air is a good idea. Calls from recruiters to educational institutions are commonplace.

Employers are more likely to check that you actually attended a college and received a degree than they are to check your GPA. However, some candidates will still “round up” their grade point average, figuring a 4.0 will get them a job where a 3.9 won’t. The fact is that most employers care a lot more about employment history than they do about the grades you got in school, especially as you move forward in your career. Lying about your GPA is more likely to hurt you than it is to help you.

Lying about a college degree is serious, but saying you have a professional license you never actually earned could put you in fraud territory. Stay away from jobs that require special licenses or certifications until you have them.

You should tweak your resume to suit the specific job you are seeking. You should not take the job description and simply transfer the list of required or desired skills over to your resume regardless of whether you actually possess those skills. If you say that you know how to use a piece of software or that you’ve mastered a coding language, you will be expected to demonstrate those skills on day one of your new job—if not sooner. Said another way, you won’t be able to keep this lie secret for long.

Hard skills aren’t the only abilities that applicants lie about on resumes. These days, foreign language fluency is a perk for many employers. As with any other skill, your fluency (or lack thereof) in Spanish or Mandarin Chinese isn’t a lie you can hide for long. If foreign language literacy is a desired or required skill, be honest with your employer about your abilities lest you end up making a fool of yourself on a skills test.

Again, you won’t disclose or deny criminal history on your resume, but you might be asked about it on your job application. While a criminal record can hurt your hiring chances, lying about your criminal history will hurt them more. Most employers run criminal history checks on their candidates, which means that your conviction is probably coming to light either way. It’s better to come clean and explain yourself in a professional manner than get caught in a cover-up.

Every resume writing expert in the world will tell you that employers want to see quantified accomplishments on resumes. A resume that just lists skills is boring; a resume that says you managed 30 people, earned the company X dollars in revenue, or developed a product worth millions is interesting. Of course, those stories are only worth telling if they’re true. Don’t stretch the facts or you could find yourself swiftly falling far short of expectations or permanently tarnishing your reputation.

Lying on your resume can take many forms and have a variety of different impacts on how your hiring managers view you. A well-assembled resume will always cast you in a good light, which is what job seekers are trying to accomplish when they tell lies like these. But rampant dishonesty is something that doesn’t look good on anyone, and lying will cost you the job just about any time you get caught. At the end of the day, it’s better to miss out on an opportunity by being yourself than it is to win a job by being someone else.

Michael Klazema has been developing products for criminal background check and improving online customer experiences in the background screening industry since 2009. He is the lead author and editor for Backgroundchecks.com. He lives in Dallas, TX with his family and enjoys the rich culinary histories of various old and new world countries.