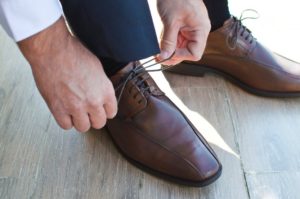 The decision to look for a job in your later years can be a daunting one. There are a ton of new positions and new tools to use while working at them, and figuring out how to make the current job market work for you can be pretty intimidating. While most employers will insist that they would never discriminate based upon something like age, it can still feel like how old you are prevents you from being considered as readily as a younger candidate. Ageism might not be the serious problem, however, so much as the preconception that older individuals are unfamiliar with things like current technology and modern job practices. You’re a smart and savvy individual, though, and are plenty capable of familiarizing yourself with the tools and systems you need to know to get to work. As such, you’re going to need a resume that makes this inescapably clear. We’re going to talk about some of the best ways for members of the baby boomer generation to really kick some life into their resumes. If you’re thinking about getting back into the job hunt, there is plenty that you can do to put some extra arrows in your quiver.

1. Keep It Short. Your resume can’t be too long, because it’s likely being looked at along with a pretty big stack of other resumes. And that word choice was intentional — resumes are rarely read thoroughly until you’ve made it past the first or second interview. Your resume is going to be scanned, and probably pretty quickly, so you want to limit yourself in terms of how much information you present and how you present it.

2. Be Timely. No need to delve too deep into your employment history. Stick to the last 10 or 15 years of your career, and make sure you’re leaving out anything that’s irrelevant to the position in question. There’s no reason- to talk about which grocery store you worked in when you were younger, or what kinds of jobs you had when you got out of college.

3. Enthusiasm!! Avoid saying things like “seasoned professional” and make sure you’re communicating in a way that suggests a great deal of energy and enthusiasm. A great way to think of this is to remember to make sure you make yourself sound like the Indiana Jones of whatever it is you do.

4. Show You Know Tech. This is probably one of the biggest hindrances older job-seekers face. Make it clear that you’ve got a keen understanding of current technology and electronics. Include your email, a link to your LinkedIn profile, and your cell phone number. If you don’t have those things, get them, and get them ASAP.

5. Don’t Use Standard-Issue Templates. They’re boring. Very boring. Whether you’re trying to work for a small business or one of the 10 best umbrella companies, nobody wants to see something they’ve already seen, especially if they’ve seen it a million times before. Keep your resume original in terms of both its aesthetics and its content, and you’ll be golden in your search for that next exciting job opportunity.