The Most Dangerous Jobs in America

There are few things that are more rewarding than than the feeling of accomplishment that hard work can bring. However, hard work can also come with its own set of dangers in certain occupations. The average number of fatalities per 100,000 workers was 3.3, as of 2014, but many other industries are at nearly 6 times the risk of experiencing fatal work injuries. Most of these workplace fatalities are the result of transportation incidents, but that is a broad category that spans multiple definitions. Other big culprits of workplace deaths involve equipment accidents (or malfunctions) and homicides. Regardless, there are many things that can be dangerous while out on the job, but there are some jobs that see those dangers a lot more. Here are some of the most dangerous jobs in America, currently… 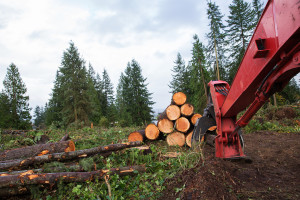 Being a modern day lumberjack can be quite a dangerous task! People who worked in the logging industry, far and away, experienced the highest level of workplace fatalities. All in all, logging workers experienced nearly 109.5 deaths per 100,000 workers, annually, making it the dangerous occupation in our country. Indeed, it is the only occupation with a death rate in the triple digits. Logging has also held this title for quite some time, but it has continued to rise. Fatalities among logging workers climbed 31% from 2013 to 2014. Most of these deaths were the result of workplace accidents involving workplace equipment, or getting crushed by unpredictable trees as they come down. 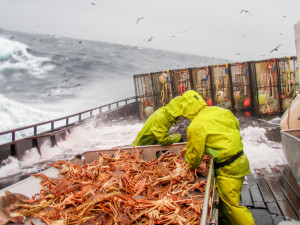 As we have all seen on reality shows about crab fishing, a job in the fishing industry is anything but a relaxing fishing trip. The work of heading out to high seas and trying to take what the ocean has to offer can lead to incredibly dangerous situations. Because of this, fishermen experience a shocking 80.8 fatal work injuries per 100,000 workers. In 2014, this fatality rate was on the rise, as it climbed 9% from 2013’s rate. As you can imagine, a major cause of workplace fatality in this industry is from drowning. However, the reason for these drownings will often be the result of an equipment accident, or a fisherman getting caught in a piece of equipment that ends up carrying them off of the boat.

Working with aircraft can be one of the most exhilarating jobs in the world. Few things can compare with the experiences of soaring through the air in an aircraft, defying gravity in the most gratifying of ways. However, there is a very inherent danger when it comes to working with aircraft. Flying aircraft into the sky means that there is always a small chance that it could come crashing back down. Being an aircraft engineer also means working closely with large and dangerous equipment, and can lead to workplace accidents. Altogether, this industry experienced 63.2 fatalities per every 100,000 workers, which was up roughly 5% higher than in 2013. 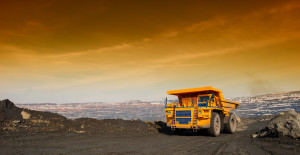 When people think of dangerous professionals, mining is certainly one of the key images that comes to mind. Heading under the solid ground, where there is the chance that it will come down on top of you, as well as where there is a concentration of chemicals and gases that can be poisonous, doesn’t sound like the safest of activities. This is what has led to nearly 50 deaths per 100,000 workers in this industry. However, there have been jumps made in mining safety. With proper equipment, mining can be as safe as any other profession, as long as people are educated.

Roofers
Construction, with all of its heavy materials and heights, may seem like a dangerous job. However, there is only one particular area in construction that stands above the rest, in terms of workplace fatalities. This profession, of course, belongs to roofers. As you can imagine, the most dangerous part of roofing (and the element that kills the most workers) is the fact that roofers are always high up off of the ground, and have to work very closely with construction materials. This makes fatal falls the greatest killer in this industry, and leads to 46.2 fatalities per 100,000 workers.