Three Cool Industries You May Not Know About 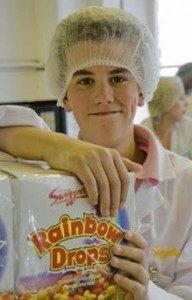 There’re jobs and then there’re jobs. In one, you go to work and do something for which you are paid an agreed-upon amount of money. But in the other, you become the coolest, luckiest dog in the park. While EFM companies give lightning response to customer needs, and the Mindshare platform can help companies analyze data to satisfy customers, the following are the jobs that keep employees on Cloud Nine.

Do you like wine? Sure, a lot of people do. How about being paid $10,000 per month for six months to sample different the product from the best vineyards in Sonoma County, California? Sure, you say, but only if I also get free rent. DONE. That’s what happened to one Hardy Wallace from Atlanta, who sent in a video application and is now in the remunerative clutches of Dionysus for 26 wonderful weeks.

Tester for World of Warcraft

For those who need to keep their livers in fighting trim, maybe something slightly more EPIC — like playing World of Warcraft for a living. Farm gold, defeat enemies, eat Fritos, get paid. What, did you think these games came out perfect right out of the box? By testing MMORPGs like WoW, you are helping raise mankind to the next level. Literally. in the game.

For kids of any age, being the head taste tester in a candy factory sounds almost too good. Like, what’s the catch? Do I have to ironically eat only candy until I can’t stand it, like Porky Pig in a ’30s cartoon? No! Indeed, the 12-year-old boy (no kidding) who currently holds the position at a place called Swizzel’s Matlow in the UK won a contest to get the job, and he is reportedly very happy, every day being like a page out of Charlie and the Chocolate Factory. (No official word from his dentist, but we can only assume he is looking at new yacht brochures right now to take full advantage of his upcoming windfall.)

While it’s true these are jobs which only a few people hold, it is also the case the strategies these lucky workers used — online video applications, contests, letters asking if such a position exists — can be equally successful for others. Then you can laugh knowingly to yourself when someone snarkily says, “Don’t quit your day job!”