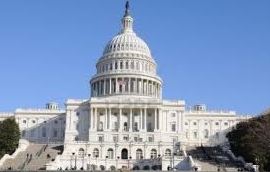 As a business owner, you are required to hold certain funds in trust, pending the taxation of those funds. The current law governing this requirement, enacted in 1998, is the Trust Fund Recovery Penalty Act. A trust fund tax is any tax that is to be held in trust by a company for payment to the federal government. The most common trouble with the Trust Fund Penalty Act that business owners encounter is with payroll taxes owed for employees. However, the tax also covers excise taxes, sales taxes, usage taxes and any other payment that is owed to the government. Most states have similar laws.\

The requirements of the law extend far into a company. Penalties are not just reserved for directors or people with titles. The law extends to anyone who handles the money, particularly payroll. Any attempt to defeat the provisions of the law is considered a violation of the law. The goal is to achieve a full and truthful accounting of all such funds held by a company. Then payment must be rendered to the Internal Revenue Service (IRS).

According to a tax lawyer in Chicago, penalties are equal to the amount that was supposed to be paid. So, a company may end up having to pay the bill twice, should the company fail to pay it once. The IRS, therefore, has a strong motivation to pursue these cases aggressively.

While the act requires a party at fault show intent, the definition of intent is fairly broad. Intent in this case includes a sort of “should have known” element. If a party recklessly disregarded their responsibility to collect and deliver the tax to the IRS, that is enough to incur the penalty.

The law does have a three year statute of limitations, starting from the tax deadline for the year in question. So, if you failed to pay the tax by April 2012, there is a limitation requiring an assessment by the IRS be rendered no later than April 2015. There are also instances where you can defend yourself against the penalty. If you incur the penalty, the IRS will send you a Form 1153. This form allows you to present evidence of whether your actions were willful.

The IRS penalty for underpayment of trust fund taxes is stiff. It can cripple or destroy an enterprise. It is important to consult with a tax attorney and an accountant to ensure your company is in compliance.